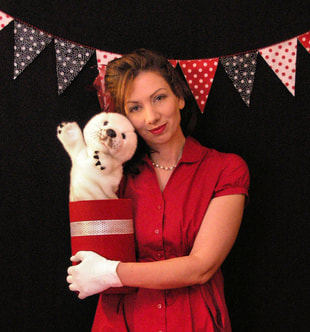 Francisca Morton gained an honours degree in Dance and Performing Arts and went on to further training at the Arnhem Academy for New Dance, Netherlands. She makes, designs and performs visual theatre.

CELESTE'S CIRCUS is a show for babies and under fives, which won runner-up in the Children's Choice award in 2016 at the Edinburgh Festival Fringe. It has featured in the Puppet Animation Festival, Scotland and has toured internationally to Treff Festival, Estonia.

TORN is a visual theatre work for an adult audience..

Her work in theatre is inspired by a love of visual narrative and informed by her experience as a Hospital Play Specialist and as a CBT Psychotherapist. 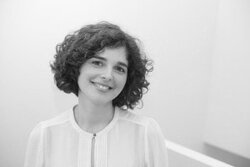 Ana Almeida is a Postdoctoral Research Assistant at the Institute for Music in Human and Social Development, University of Edinburgh. Her research is part of a collaborative project with the Scottish Chamber Orchestra (SCO Connect) that is investigating the impact of interactive music workshops on the wellbeing of people with dementia. In 2015, she was awarded a PhD in Music (University of Edinburgh), funded by the Fundação para a Ciência e a Tecnologia, which focused on young children’s spontaneous movement responses to music. Ana was also a research fellow in the Laboratório de Música e Comunicação na Infância at FCSH-Universidade Nova de Lisboa (UNL), where she also attained a Master’s degree in Contemporary Art History. 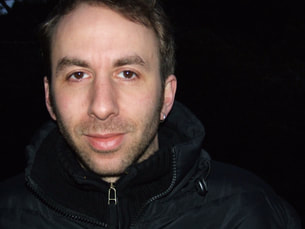 Barney Strachan is a qualified Sonic Artist who has produced sound-installations and worked on shows such as Puppetstate Theatre's 'The Man Who Planted Trees' but is also the co-singer, co-manager and guitarist for Edinburgh Nu-grass band The Banjo Lounge 4.

Barney has recorded albums, made music videos and played & toured in America, Holland and extensively in the U.K. Won the MTV ‘In The City’ Unsigned Band of the Year award in 1997 and subsequently signed a two single deal with Boy George's Indie Label 'Things to Come' before securing a large album deal with New York-based label ‘Roadrunner Records’. The subsequent album was released in the US, Australia and Japan in 2000. Also a DJ, he now produces music for adverts, theatre and dance. 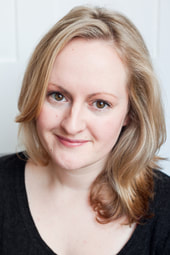 Melanie Jordan is a director and performer specialising in devised physical and visual theatre. Melanie trained at Queen Margaret University and has created work for and with Strange Theatre, Clownstepping, Organic Theatre, Twa Dugs Theatre Company and is an Associate Artist with Plutôt La Vie Theatre Company, most recently Creative Assistant on Couldn't Care Less (Scottish Mental Health Arts and Film Festival and Luminate: Scotland's Creative Ageing Festival 2013). Melanie has worked as a Visiting Lecturer in Drama and Performance at Queen Margaret University and is a workshop facilitator for various charities and community groups.

Melanie is the co-founder of Scrapyard, a collaborative theatre project which encourages artists from all theatrical disciplines to make bold, innovative, risk-taking performance. Projects at the Traverse Theatre, and as part of Luminate: Scotland's Creative Ageing Festival 2013 and manipulate Visual Theatre Festival 2014.
Powered by